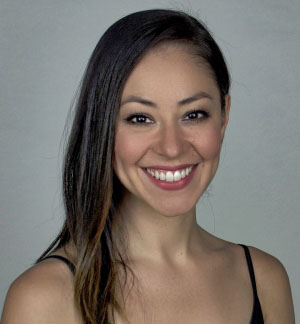 Edilsa grew up in Tijuana, Mexico, and received her early training at the Gloria Campobello Dance School. She later graduated from the National Ballet School in Havana, Cuba. After attending summer intensives in Monterrey, Mexico, Havana, Cuba and the San Francisco Ballet School, her professional experience began with the San Diego Ballet. Edilsa joined Nevada Ballet Theatre for four seasons where she performed works by George Balanchine and lead roles in the Nutcracker, Don Quixote, Giselle and Cinderella. She joined the professional Company C Contemporary Ballet in 2009 where she continued to dance and perform with them for her six seasons. Edilsa was chosen to perform in China in 2015 as Giselle and performed in China for 4 months. She was then chosen July 2015 as the one of the world’s Top 16 Professional Ballet dancers and performed for a showcase of the best ballet dancers in Irvine, Ca. Edilsa was currently a full time dancer for the Bay Pointe Ballet Company until she retired in 2019. Edilsa has been bringing phenomenal ballet training to the dancers of Xtreme Force Dance Company. for over 12 years. She is a valued member of the Xtreme Force Dance Staff and continues to bring us a wonderful ballet program. 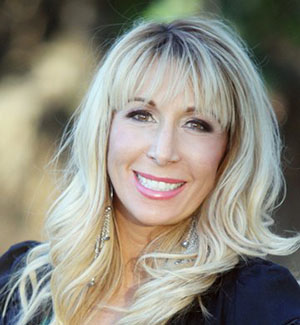 Ashley has been dancing for over 25 years in tap, jazz, and ballet. She has focused her dance training in all genres of dance including hip hop, lyrical and contemporary. Growing up she was a competitive dancer performing all styles of dance. At age 16 she began dancing in local shows, musicals, and joined a professional dance team while she continued to train and compete. Once she began college she was selected as a dancer for the NBA Golden State Warriors Dance Team, also known as the Warrior Girls. Ashley trained with choreographers from all over the country and danced at over 50 NBA Games a season as well as at all the Warriors appearances and special events. She would dance for local television shows as well, and appear on local radio spots including dancing most mornings for the Mornings on 2 on Fox and a show called Team Up on CBS. Ashley was also a dancer for the NBA All- Star Games. After performing for so many years, Ashley began teaching dance while still continuing to train including Dance teacher training summits. Her students have won numerous competitive awards including national and international titles, scholarships, and have too gone on to dance professionally in the NBA and NFL. Ashley was awarded the 2018 teacher of the year through KAR dance competition. Ashley is nationally certified in teaching tumbling and acrobatics through Acrobatics Art.  She continues to put her heart into making her passion of teaching dance a success. Ashley specializes dance training in all styles of dance as well as all ages. Ashley brings lots of energy and passion to the Xtreme Force Dance Company in Livermore. 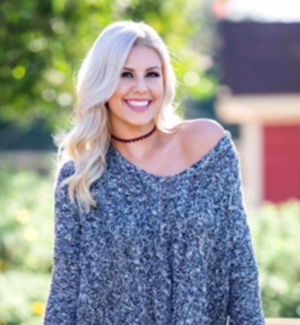 Brooke was born and raised in Northern California where she began dancing at the age of two. Brooke studied tap, jazz, hip-hop, lyrical and ballet under the direction of studio owner and award-winning choreographer, Tamie Slader. Brooke competed at countless regional and national competitions from ages 3-18, and at the age of 13 began assistant teaching. Soon after, she was given her own competitive and recreational dance classes to teach and at the age of 16, Brooke was handed the opportunity to begin choreographing routines for her studios annual dance recital. After graduating High School, Brooke studied for two years at a local Junior College while continuing to teach as well as choreograph top, award-winning, tap routines for multiple studios throughout the Bay Area. She then moved to Southern California to further her education and study under some of the nation’s top tap instructors and choreographers. While living in Southern California and earning her Bachelor of Arts degree in Psychology at California State University, Long Beach, Brooke began to travel throughout the United States as a guest choreographer and master instructor. Brooke’s routines have won numerous top awards for their choreography and excellence from many different competitions throughout the United States. Brooke was recently awarded The Elite Level Top Choreographer for 2017 at KAR Nationals in LA. Outside of teaching and choreographing, Brooke is a professional working dancer.  She just completed her 3rd season as a Professional NFL Cheerleader for the San Francisco 49ers. Brooke is currently dancing for the Golden State Warriors team for the 2017-2018 Season!  She strives to better her students in a positive and exciting environment and is ready to share her love for rhythm, entertainment and tap with all of you. Brooke teaches Tap, hip hop and Jazz to the dancers of Xtreme Force Dance Company. 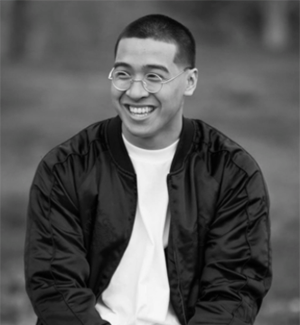 Chris Alcanices was born and raised in San Jose. Dance became a passion for this Bay Area native. Alcanices began his journey in the competitive circuit 7 years ago. He started with Future Shock then moved onto other local teams such as GBF, TheOdds, FunkanometrySF, TheCompany, and now leads Chocolate Factory as Co-Director. Chris has been bringing hip hop to Xtreme Force Dance Company for a year now. The dancers highly enjoy Chris’s Classes. 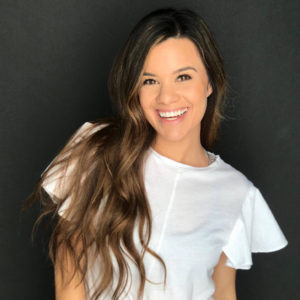 Alexa is a passionate dancer, performer and choreographer. Her 12 years as a competitive dancer drove her into auditioning for the 49er Cheerleaders, called the Gold Rush. She dances in the super bowl, media events and was named Rookie of the year in 2012. IN 2013, she appeared on the Craig Ferguson show, News and good Morning America.  She was a captain for the Gold Rush and dances in the 2017 Pro Bowl in Orlando Florida. She has also dances for artists such as Train, Nico, Vinz, Snoop Dog, E40 and Jordin Sparks. Alexa was featured on Trains Video “Mermaid” And did a television pilot called “Friday Night Impossible”. After her time with the 49ers she moved to LA and signed with Movement Talent Agency. In LA she trained in all styles of dance and landed commercials for JustFab Shoes, Gyms, Spas and more. Alexa is Currently the Head coach for the 49ers Gold Rush Cheerleaders for 2019-2020. She is a positive teacher that brings the students of XFDC lots of energy and fun. 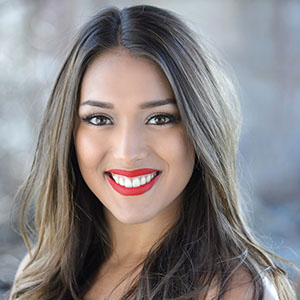 Mikaila is a highly trained dancer that joins XFDC. She has trained in the Boise State University Ballet Program, The Royal Academy of Ballet in London to name a few. She has trained all styles of dance, in the US and in London. She has been apart of many dance teams, London Dance Crew, Boise State Main Line dancers, San Francisco 49ers Gold Rush.  Mikaila has been working as a competitive judge for dance competitions and coaches many different dance teams. We are enjoying having Mikaila working with the dancers of Xtreme Force Dance Company. 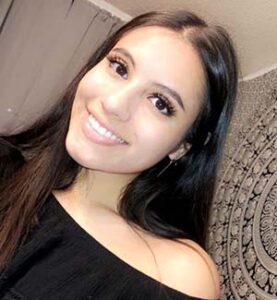 Nicoll is starting her second season as a teacher at XFDC. Nicoll who is a full time college student in childhood development is an alumni of XFDC. Nicoll started her dance career at XFDC as a young girl in all styles of dance. Nicoll joined the Xtreme Competition team and competed in Hip hop, contemporary and jazz. Nicoll was a natural performer. Nicoll along with her XFDC teammates were in finals for casting for World of Dance season 3. The dancers enjoy Nicoll’s classes are we are excited to have her teaching at XFDC.

A Bay Area native, Jake grew up attending dance conventions, as well as dancing competitively with a studio performing in groups, duos, and solos. Jake was living that studio kid life until he aged out where he then continued to compete recreationally in dance as a member in local dance crews. Working with the dance community has allowed Jake opportunities to choreograph, perform in showcases, and compete across the country. 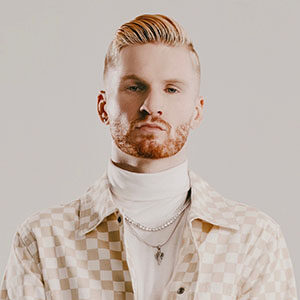 Jake knew he wanted to make a career out of dancing and moved to Los Angeles. Through hard work and dedication to his craft he earned the opportunity to be a performer at Disneyland. While working at Disneyland Jake has been in 7 different shows, worked with the cast of High School Musical from the series, performed on live television specials, and assisted/taught workshop and choreography along side Disneyland’s main choreographers for the parade Magic Happens. During the beginning of the pandemic, Jake moved back to the Bay Area. 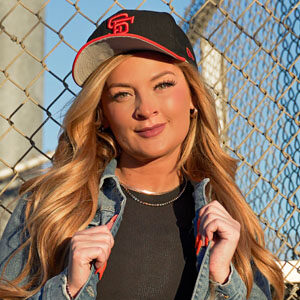 Marqui’ grew up dancing in the Bay Area since the age of three. Training hard on the competition team lead Marqui’ to find a real love for teaching. She has taught classes, workshops and set choreography for studios, colleges and universities in the Bay Area. She has trained and competed with various professional Bay Area Hip Hop companies where she competed and took first place with her team at Urban competitions. She then moved her teachings to the East Coast where she taught Hip Hop at three different dance studios. She trained in New York City at The Broadway Dance Center where she trained from highly established choreographers in the industry. Marqui’ is well known for her adult Hip Hop Heels class that she taught in San Francisco for 10 years. With her Hip Hop Heels team Marqui’ directed and choreographed for multiple events in San Francisco, including Miss World Beauty Pageant at the Palace of Fine Arts and two shows performing at The Hard Rock in Las Vegas. Her choreography covers movement from head to toe, incorporating grooves, body isolations and lots of personality. Marqui’ inspires her students to achieve in every aspect of their life, utilizing the characteristics learned and the confidance they have as a dancer. Marqui’ promotes creativity and freedom of movement to shape dancers into being versatile and independent in the dance industry. Marqui has been subbing classes for XFDC since 2014. We are excited to have her as a bigger part of our team in 2022. 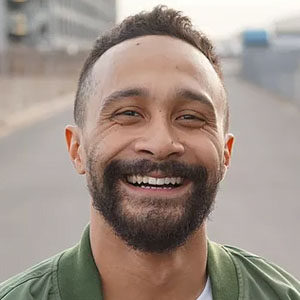 Born and raised in East Side San Jose, Francis Tyrell grew up in love with watching movies, artistic performances, and music videos. He never imagined himself pursuing the arts as a career choice. During his junior year of high school, Francis began to explore dance. He performed at homecoming rallies and found a particular interest in choreographing in order to express himself through movement. By graduation, he knew that dance would continue to be a moving force in his life and sought to pursue it professionally. At the age of nineteen, he auditioned for one of the most prestigious companies in the world, Academy of Villains. Not only did he make it, but he quickly progressed and earned the title as director and choreographer of the Bay Area branches: Academy of Villains and Young Skull Club. Francis works as Pharside and Phoenix’s right hand man, helping share their vision to the rest of the world. Through Academy of Villains, Francis has been featured on shows like Showtime at the Apollo, America’s Got Talent, Universal Studios Halloween Horror Nights, and were TruTvs Fake-off Season 2 champions. Francis also does community with San Jose’s Cathedral Of Faith and high schools in his local area. Continuing to spread his love for the arts, he prides himself in leading by example and is looking forward to leaving his mark and entertaining audiences everywhere. We have been enjoying Francis high energy hip hop classes at Xtreme Force Dance Company.